With just over three months until the 2016 election, a major new report from voting rights group Project Vote identifies where participatory gaps still exist in the American electorate.

In Representational Bias in the 2014 Electorate, Project Vote Research Director LaShonda Brenson, Ph.D. analyzes registration and voting rates over every midterm and presidential election since 2004. The report examines participation for different demographic groups—according to race and ethnicity, age, gender, income, education, and other factors—to determine the ways in which the American electorate is becoming more or less representative of the citizen population.

“When our electorate does not accurately reflect the racial, ethnic, and economic diversity of the United States, democracy is not working the way it’s supposed to work,” writes Project Vote’s president, Michael Slater, in his foreword to the report. “Our national priorities are skewed, our most vulnerable citizens are left out of the process, and our government does not represent who we are as a people.”

Representational Bias in the 2014 Electorate provides comparative registration and voting data for the presidential elections of 2004, 2008, and 2012, and the midterm elections of 2006, 2010, and 2014, in order to trace how the composition of the electorate has changed in the 21st century. The report provides a comprehensive overview of where there is still significant work to be done to achieve a fully representative democracy.

Some key findings of the report include:

The report shows that, if disparities in participation had been eliminated in 2014, tens of millions more Americans would have voted:

Looking ahead, it is clear that there is still enormous work to be done to ensure that the voice of the electorate successfully reflects the needs and interests of all Americans.

“The under-representation that we observe in voter registration and voter turnout is troubling,” writes Dr. Brenson. “Not only do these disparities have the potential to elect persons not representative of the population, but they also sway how current policies are enforced and whether new public policies are introduced that might address disparities.”

The full Representational Bias in the 2014 Electorate report is available here. A summary of key findings, individual tables and charts from the report, and individual fact sheets for all 50 states, are also available to download separately.

With the federal budget deficit on the rise again and the nation’s debt still on an unsustainable long-term path, The Concord Coalition today released this year’s version of its “Key Questions” that voters should ask candidates for federal office.

“Voters should expect candidates in this year’s elections to explain how they intend to deal with the huge challenges ahead,” Concord says in the introduction to the Key Questions. “This is no time for vague rhetoric and petty partisan jabs; voters should insist on credible solutions — the more specific, the better.” 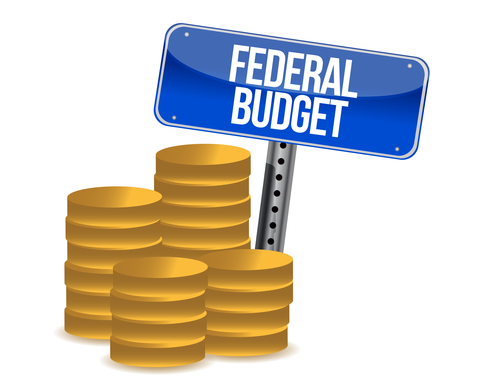 Topics covered by the questions include deficit-reduction plans, health care costs, candidates’ budget priorities, defense spending, the tax code, Social Security, other domestic spending and opportunities for bipartisan cooperation on fiscal reform. Candidates should also explain the relationship they see between getting our fiscal house in order and a strong economy.

“Key Questions Voters Should Ask Candidates About Our Fiscal Future” includes background information to help voters assess campaign rhetoric on all of these topics and evaluate whether individual politicians’ promises are responsible and their financial estimates reasonable.

Concord warns that some solutions won’t be easy because the problems go far beyond the simple “waste, fraud and abuse” that campaign speeches often dwell upon. Nor should voters expect strong economic growth alone to put the federal budget on a sustainable path.

The Key Questions are part of Concord’s “Lookout Campaign,” which encourages elected officials, candidates and the public to focus on the dangers posed by the growing pressures on the federal budget in the years ahead.

“Doing nothing would be the height of fiscal irresponsibility, could jeopardize our economy and undermine our position of global leadership,” Concord says. “It would also burden our children and future generations with massive government debt. So what do the candidates propose? Voters have a right — and a responsibility — to find out.”

The document can be found here.

The AMEX scandal rocked the Florida legislature a few years ago. This article examines Rubio and his involvement. A good read…

As State Representative and House Speaker, Marco Rubio found himself in a world of big money, big favors and big choices. He also had a new found responsibility, not only must he lead the Florida House of Representatives in a means beholden to the people, but he must also control a very large flow of cash in the land of “keep what you kill”!

Then Representative Rubio has been accused of floating personal loans on the fat of what he collected in “leadership funds”. He quietly spent them through the RPOF (Republican Party of Florida) on the now famous RPOF AMEX.

Similar financial gamesmanship put then RPOF Chairman Jim Greer in jail and also created a financial dilemma for a young Mr. Rubio  y bringing the AMEX cards and leadership funds into the light of day.

As Senator Rubio has stated, the charges that where personal… 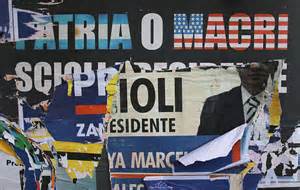 “I congratulate the Argentine people and president-elect Mauricio Macri for a successful election in Argentina. The country has clearly chosen a new direction.

“For the first time in many years, the United States has an opportunity to work with Argentina’s leaders in supporting democracy and human rights, and in championing freedom throughout the Western Hemisphere. With this election result, I also hope that a fair and impartial investigation can finally be conducted into the mysterious death of Alberto Nisman, the Argentine prosecutor who was investigating Iran’s involvement in the bombing of a Jewish community center that killed 85 people in 1994. Justice for Mr. Nisman and for the victims of the 1994 terrorist attack is long overdue.

“As Florida’s senator, I am proud to represent many Argentines who call Florida home. The United States should stand ready to help Argentina re-establish its natural and rightful place among the region’s political and economic leaders. It is my sincere hope that we can once again revive the strong and mutually beneficial relationship that we have enjoyed in the past.” 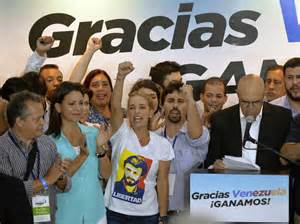 “The people of Venezuela have courageously stood up demanding a better future and rejected not just the Maduro regime and all the misery it has brought to Venezuela, but also the axis of repression and tyranny that it represents in the Western Hemisphere.

“Maduro and his followers should accept the will of the Venezuelan people, and accept accountability for mismanaging the economy, destroying the rule of law and violating the fundamental rights of countless Venezuelans. Acknowledging the will of the Venezuelan people by releasing all political prisoners, including Leopoldo Lopez, Caracas Mayor Antonio Ledezma and San Cristóbal Mayor Daniel Ceballos, would be a positive start and should happen immediately.

“These election results are even more remarkable considering the Obama Administration’s neglectful, and at times counterproductive, approach to the Western Hemisphere. This outcome in Venezuela comes at a time when the Obama Administration is propping up Maduro’s allies in Havana, and despite the fact that mounting serious human rights abuses and repression have been met largely with indifference from the White House and a failure to fully implement a sanctions law I helped pass last year to crack down on human rights violators.”

Trick-or-treating in your HOA community should be safe and fun for everyone. Here are some Halloween safety tips to help keep the youngest members of your community safe:

Campbell Property Management wishes everyone a safe and Happy Halloween!

Before he started training Thoroughbred race horses in Florida five years ago, Reid Nagle had spent more than 30 years in the world of high finance.  In 1987 he founded SNL Financial, the premier multi-industry business intelligence service that caters to Wall Street and public companies worldwide.  Starting with four employees and a small office in Hoboken, New Jersey, today SNL has 3,300 employees, offices in 4 continents and was just sold last month to McGraw-Hill Financial for $2.25 billion.

Humble and soft-spoken, Nagle loves Florida and loves to train his Thoroughbreds here.  But Nagle’s love for the Sport of Kings was why he’s stepping up and voicing his objection to any legislative consideration of “decoupling”–a misguided plan he agrees will trash horse racing in Florida, and forcing him to export horses and jobs to more horse-racing friendly states.

“Decoupling casinos from horse racing will cripple our businesses,” he explained from his Central Florida operation.  “Opposing it is a no-brainer.”

“I’d very likely have to race my horses elsewhere,” he said, “because, at that point, Florida just won’t be able to compete effectively with the many other states that have kept the linkage between casino gambling and horse racing. Our other horse-related businesses would shrink dramatically as well.”

Florida horse racing industry officials have sounded the alarm at the recent surge of legislative interest in “decoupling,” which would effectively expand gambling by immediately creating stand-alone casinos and eliminating Florida’s competitive edge in attracting horse racing business from other states.

“Florida seems committed to doing anything and everything imaginable to compete with other states for business, and now some misguided legislators are considering changes that would cripple the State’s robust horse racing industry that attracts tourists and provides employment to tens of thousands of workers.” Nagle said.

My Tweets
Association Action News
Create a free website or blog at WordPress.com.