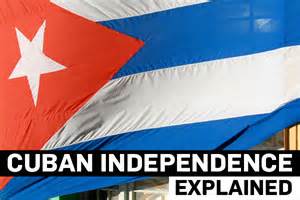 As we mark Cuban Independence Day this Wednesday, we must never forget that the only true form of independence for the Cuban people is freedom and democracy, and we must recommit our state and nation to the goal of helping them achieve that vital objective.

I am the proud son of Cuban-American parents and was raised in a community of Cuban exiles. The trajectory of my life has been a product of their support, of true freedom, and of a uniquely American ideal: that where you come from does not determine where you can go or who you can be. Yet just 90 miles from the shores of our nation are men and women of my ancestry and heritage who still do not have freedom. Yet they look to this country for the hope that they someday will.

I believe we must not fail them. In the last decade and a half, every single country in the Western Hemisphere has had a free and fair election at some point except for one: Cuba. The United States has always stood on the side of peoples around the world who yearn for freedom. But today, our president has decided to take a different approach. Not only has he forsaken our duty to advocate for oppressed peoples, but he has traveled many miles in the opposite direction: going so far as to pay homage to the whims of the very dictatorial regime that denies the freedom of the Cuban people.

“Once again, the Obama Administration says one thing about their negotiations while foreign leaders say something completely different. The most recent examples regarding discussions of Simón Trinidad’s potential release and King Salman’s support of the Iran nuclear negotiations show once again that the Obama Administration isn’t telling the American people what is really being discussed at these talks.”

In March, Rubio told Secretary of State John Kerry the negotiations with Iran had impacted our trust level with Sunni allies in the region, to which Kerry responded that Rubio was “flat wrong,” and that all Gulf Cooperation Council (GCC) allies had articulated their support. Earlier this week, Saudi Arabia’s King Salman pulled out of a summit being hosted by President Obama tomorrow, signaling the Arab states aren’t on board with negotiations and would continue to act on their own to thwart Iran.

In a subcommittee hearing earlier this month, John D. Feeley, Principal Deputy Assistant Secretary, Bureau of Western Hemisphere Affairs, told Rubio the Colombians had not asked for Trinidad to be released, but in an interview with BBC HARDtalk, Sergio Jaramillo, Colombia’s High Commissioner for Peace, said Trinidad has been discussed with U.S. officials “at different and highest levels.”

Transcripts of both exchanges are available below.

Hearing on the President’s Request for Authorization to Use Force Against ISIS: Military and Diplomatic Efforts

Senator Marco Rubio: “Well and I wanted to touch on that point because General Dempsey a moment ago outlined the need to have a broad coalition that I imagined involves these Sunni countries, for example the Jordanians, the Saudis, the UAE and others. These are also countries by the way that are deeply concerned about Iran and they feel – isn’t it right that they feel that we’ve kept them in the dark about our negotiations with Iran? In essence the way we’ve proceeded with our negotiations in Iran have impacted our trust level with these critical allies in this coalition.”

Rubio: “They said so publicly.”

Kerry: “It’s flat wrong. I just came back from a meeting in the Gulf in Riyadh, I met with King Salman who completely supported what we’re doing. I met with all of the GCC members, they all sat around the table, and they all articulated their support for what we’re doing and they believe we are better off trying to prevent them from getting a bomb diplomatically first, providing, of course, that it actually prevents them from getting that bomb. That’s the test of this, and a whole bunch of people are trying to give this a grade before the test has even been taken.”

Rubio: “So you’re saying here today that our allies in the region, our Sunni allies, the Saudis, the UAE, the Egyptians, and others are perfectly comfortable with where the negotiations stand at this moment?”

Rubio: “Have you shared with them the details of where it stands right now?”

Kerry: “We shared considerable details with them, absolutely.”

Rubio: “And are they apprehensive about that? Or are they comfortable with what you shared with them?”

Kerry: “They’re comfortable with that we shared with them and Saud al-Faisal, the senior Foreign Minister in the world I might add, publically sat with me at a press conference in which he articulated their support for what we’re doing.”

Hearing on Review of Resources, Priorities and Programs in the FY 2016 State Department Budget Request

Senator Marco Rubio: “I wanted to first touch on Columbia and the negations going on with the FARC. Has the Santos administration asked for Simón Trinidad’s release or temporary release for the purposes of our participating in the peace negations?”

John D. Feeley: “Mr. Chairman, the Colombians have not asked us to release Simón Trinidad.”

Rubio: “Are you prepared today on behalf of the administration to state that the release of Mr. Trinidad from U.S. custody as a part of any future deal between Colombia and the FARC is off the table?”

Feeley: “Senator, as you well know, Mr. Trinidad is incarcerated in the United States for very serious crimes, and I have to be honest I cannot make final decisions that will be made by my superiors. What I will tell you is that our extradition relationship with Colombia is one of the most fruitful. I was privileged to participate in the beginning of it before they had extradition of Columbian nationals, and President Santos and his negotiating team know what an incredibly serious tool this is and the priority that we make keeping our extradition relationship strong with Colombia.”

Rubio: “But you can’t say that as of this moment you are not aware of any efforts to either release or temporarily release Mr. Trinidad?”

Feeley: “What I can tell you sir is I am not aware of any effort.” 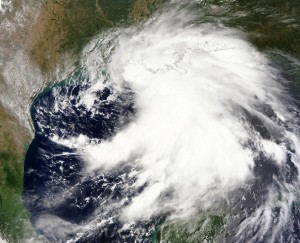 “Americans along the east coast have unfortunately seen first-hand how devastating hurricanes can be,” said Rubio. “Providing more accurate tracking and intensity forecasts will allow people to better prepare for the safety of their families, homes, and businesses. The Hurricane Forecast Improvement Act is a common sense approach that will advance these goals.”

“I’ve seen countless hurricanes hit Florida during my time in public service; I’ve seen the damage they can cause,” said Nelson. “And that’s why we should do anything we can to help people better prepare for these storms in order to avoid the loss of life and property.”

Monday, June 1: The first Monday of every month from 4 to 5 p.m., Robert Kaye and Michael Bender can be heard on Ask the Experts on WWNN-1470 AM. They discuss pertinent association law topics and hot issues facing community associations. The segment also runs on KBRLegal.com, iHeart Radio, YouTube and U Stream through video streaming.

Kaye Bender Rembaum is a full-service commercial law firm concentrating on the representation of more than 800 community associations throughout Florida. With offices in Broward and Palm Beach counties, the Firm is ranked ninth in South Florida and 62nd in the South among “Top 300 Small Businesses” by Business Leader magazine, and was awarded the 2014 Readers’ Choice Award for Legal Services by the Florida Community Association Journal. For more information, visit www.KBRLegal.com or call 954-928-0680.

Kaye Bender Rembaum is a full-service commercial law firm concentrating on the representation of more than 800 community associations throughout Florida. With offices in Broward and Palm Beach counties, the Firm is ranked ninth in South Florida and 62nd in the South among “Top 300 Small Businesses” by Business Leader magazine, and was awarded the 2014 Readers’ Choice Award for Legal Services by the Florida Community Association Journal. For more information, visit www.KBRLegal.com or call 954-928-0680954-928-0680.

Next week at the Bonaventure Resort & Spa in Weston the Seventh Annual Florida Communities of Excellence Conference & Awards are bringing together leading developers from throughout Florida for an unprecedented panel discussion:  “Designing Florida’s Newest Communities: A 10-year look ahead with our state’s most innovative developers.”

Here’s who you’ll be hearing from:

Mark Stempler, a shareholder in the construction law practice of Becker & Poliakoff, one of the founding sponsors of the Awards, will moderate.  Mark is Board Certified by the Florida Bar in Construction Law and is a certified LEED Green Associate.

If you haven’t registered yet for the Seventh Annual Florida Communities of Excellence Conference & Awards, go ahead and register now.  There is no cost to attend if you are a board member, resident, or active association manager.  In addition to the panel and awards celebration, we’ll have the largest number of exhibitors in the history of the awards.  More details on the event, including the agenda and a link to register, are on the event page.
by Adam J. Sinclair 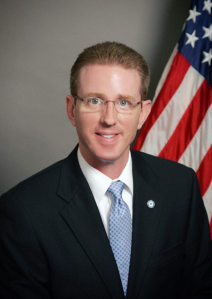 Local attorney and civic activist John T. McGovern plans to run in 2016 for the remainder of the term for his seat on the Wellington Village Council.

McGovern currently serves on the council, having been appointed in February this year to a seat left vacant by the departure of Howard Coates, who was named a circuit court judge.  A special election will be held in March 2016 to the fill the remaining two years of Coates’ four-year council term.

“I have the experience, passion and vision to continue to serve on the Village Council,” McGovern said today. “I want to preserve Wellington for future generations. That’s because our Village is a unique, family focused, environmentally friendly, equestrian-based community made up of diverse neighborhoods and great schools.”

McGovern, 40, is a partner with the law firm of Custer~McGovern, where he co-manages a litigation firm which represents those injured due to the negligence of others.  He has served for three years on the Board Directors of the Palm Beach County Justice Association, a 350+ member professional association, and is now Secretary and a member of the Executive Committee.  He also has been a civic volunteer including with the Legal Aid Society of Palm Beach County and he spent five years working with high school students as a volunteer attorney-coach for future lawyers.

“I understand it takes a “Village” to build a community,” McGovern said.  “And I am focused on working with our residents to ensure they are a part of the community and its decision-making process.”

McGovern filed his papers Monday to run for the remainder of the term of seat 3 on the council.  McGovern first moved to Wellington in 1986 and was a member of the first graduating class to have attended Wellington High School for all four years.  In 2011, he and his wife Michelle moved back home to Wellington to raise their two daughters.

My Tweets
Association Action News
Create a free website or blog at WordPress.com.